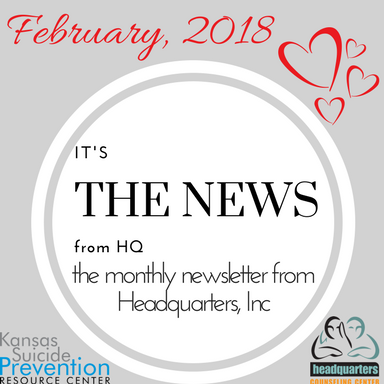 This month: a story about my hair...

Last November, like many of you, I caught a cold. There was something going around. The chest congestion was painful; I had to cough but I couldn’t; and my sinuses just throbbed. I was miserable. What can you do? I took Airborne every 4 hours, cold medicine every 6, and on the second day, I went to see my doctor. “It’s just a cold, it’ll pass. Get plenty of rest and drink plenty fluids,” She said.
“DUH,” I thought.

I just needed to end the pain and misery. I was a disaster. It hurt to bathe, so I didn’t. My hair was such a epic mess that it was stashed underneath a stocking hat for 2 days straight, and I’m not sure to whom they belonged, but I don’t think I was wearing my own slippers. I hadn’t even brushed my teeth. I knew my breath was rank, so I did rinse with some mouthwash, but brushing just felt like too much work. By 6:00 on the third evening, I just could do "awake" any more; I wanted to go to bed and wake up feeling better.

At 3AM, I was awake again. It was time to take another dose of cold meds, but I just needed to feel better. I couldn’t take it any more—something had to give. I scratched my head, my hair matted from wearing a stocking cap into the 3 rd day straight. The roots hurt from being pinned down. That was it. I headed into the bathroom, grabbed the buzzers from the drawer and I took control of the 1 thing I could control.

As I entered the bathroom the next morning I realized what I had done. There was hair everywhere: Short hair, long hair; in the tub, in the sink, in the toilet, on the floor, on the counter top—everywhere. I also managed to bang my shin somewhere in there, so there was also a bit of blood smeared along the side of the tub, and along the cabinet doors for that extra dramatic effect.

My head looked equally… dramatic. It was okay on one side, long on the other. I did a decent job on the top, but at some point added a much shorter guard to the buzzers and took another swipe down the middle. I looked like I modeled my new hairstyle after a mix between Robert Pattinson and Gollum from Lord of the Rings.

While my anecdote was enjoyed by everyone in the office after my recovery, I couldn’t help but relate it to someone experiencing a mental health issue then attempting suicide. While my intent is not to trivialize suicide, I’d like to examine and relate my own feelings.
The feeling that there was nothing I could do to change the circumstances other than wait them out was paralyzing. As I woke up in the middle of the night, I just needed relief, and how that was achieved was not important to me in that moment. I knew what I wanted to do, I had the means to do it, and I did it. It wasn’t until the next day that I realized what I had done and experienced regret.

Many people who consider suicide don’t want to die. Death is not the objective; they are instead trying to end the intense emotional pain with which they live. Similar to my experience, a haircut was not the objective; I needed to control something and to end my suffering. In my case, I realized that it was a mistake, but I was alive to reevaluate. Many others don’t get that option. My hair is nothing. Hair grows. Nothing can bring back a loved one.

Sharing resources, knowing the warning signs, having open conversations about suicide and mental health, and making sure your friends and loved ones are aware of the National Suicide Prevention Lifeline, 800-273-8255, saves lives. Having a resource that someone can use instead of attempting to take their life gives them the opportunity to reevaluate and choose to stay alive.

December and January's newsletters were all about the inaccuracies, or myths, surrounding suicide, why they're dangerous, and setting the record straight. Considering the analogy about my unfortunate haircut, let's look at them again plugging in my hair situation instead of the word "suicide":

I hope that taking the time to read this shed some light on you and your role in suicide prevention. If you see something, say something. It sounds simple enough, but when was the last time you did this? Change that today. Right now, look around, check in on the person closest to you. Ask them about their mental well-being, share with them something you just learned--let that be your Valentine's gift to them. Preventing suicide is everyone's job. Not wanting to get involved is a valid feeling, but wouldn't you rather have an awkward moment now than after loosing someone close to you? February 15, 2018:
Every 3rd Thursday is Life-Saving Thursday at the Salty Iguana, Lawrence. Just tell your serverthat you're there to support Headquarters, Inc. and 15% of your dinner will be donated to Headquarters, Inc!

ASIST, Applied Suicide Intervention Skills training, is a 2-day interactive suicide first aid course being offered twice in the next month by the KSPRC. February 15-16 in Sterling, KS and March 3-4 in Lawrence, KS. For more information on ASIST or to find out if there will be a class near you soon, email Monica, KSPRC director at Headquarters, Inc

pssssst.... we're not quite ready to announce all of the deets, but EVERYBODY DAY is coming back in 2018. This fun-filled day is packed with free activities for the whole family. Keep Saturday, April 29th in mind, because Everybody day is all about celebrating the most important member of the community: YOU!

In case you missed them, here are a few stories from our Twitter and Facebook feeds that we think you should catch up on.

Statement from Headquarters, Inc opposing SB333.
SB333 was heard by the Senate Committee on Education last week. It was a proposed amendment to the Jason Flatt Act removing the 1 hour of suicide prevention training for all school staff. While a vote was not taken, we are hopeful that the amendment never leaves the committee.

'13 Reasons Why' has been linked to increased suicide risk, and here's what parents need to know. Jenn Rose, Romper

This Valentines Day, consider this: Without your support, the life-saving services Headquarters, Inc provides does not exist for tens-of-thousands of people across our state. What we do is only possible through your generosity.

How much are you spending on flowers that will wilt by the end of the week? Instead, give a gift that literally lasts a lifetime. Make either a 1-time gift to Headquarters, Inc. or become a Sustaining Partner with an effortless automatic monthly gift. 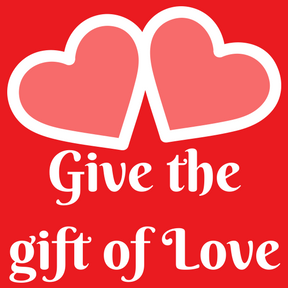